If your Grace is an Ocean, then we’re all sinking…

I’ve grown up in church all my life.

And all my life I’ve heard “church is full of a bunch of hypocrites. why would i want to go sit by one in a church?”

And i must agree, the church for church people (we will get more into that later) is made up of a bunch of hypocrites, but there is a problem with this…

As a christian, of course there is a new pressure placed on us to live a life worthy of the calling God has given us, and yes I understand that. But people outside of the church forget that the people inside of the church….are still…people. Yes, flesh and blood that still make mistakes, idiotic decisions, and as a result often times come off as “hypocrites.”

EVERYONE, christians and non-christians look at christianity as a strict set of rules and guidelines that christians are supposed to live their lives by, but so often, they completely overlook……Grace. Instead of “if you love me, then you will obey my commands” it’s viewed as “well do all these THINGS and you will be ok in the eyes of God”.

Grace is essential to the church, and always has been. When we are part of a church for church people Grace is overlooked… Here is an excerpt from a book i’m currently reading called “Deep & Wide”…

” -I grew up around people who believed the church was for saved people who acted liked saved people. I’m all to familiar with that church brand. The catch was they they were the ones who decided what acting like a saved person meant. They got to determine which sins saved people could commit and which ones were evidence of being unsaved. Oddly enough, the lists changed every few years. Worse, the lists never coincided with any of the sin listed in the New Testament. For a long time, divorce was on the list. But that one began mysteriously disappearing in the 70’s. Interracial marriage was on there for a while as well. Greed was never included. Nor was slander or gossip. So those who were actually “tossed about with many a conflict, many a doubt, fightings and fears within, without” didn’t feel free to talk about their fightings and fears in those churches.  Instead, they covered everything up. Which, of course, made everything worse. Covering up may keep a person in the good graces of the church, but it only fuels the power of whatever sin one is covering up. Churches designed for saved people are full of hypocrites. You pretty much have to be a hypocrite to participate. Transparency and honesty are dangerous in a church created for church people. Consequently, the casualty in a church for church people is grace. It’s hard to extend grace to people who don’t seem to need it. And it’s hard to admit you need it when you aren’t sure you will receive it.”

So, forget about our rules and regulations and BE REAL. Be willing to give grace to those around you who are being real as well! If a member of your actual blood family messed up, they wouldn’t be kicked out or shunned the rest of their existence, so why would a church family do that. That’s NOT family.

Unfortunately, I can’t change the entire church’s outlook on Grace. But i can certainly change mine, and i can give that grace to those in need of it!

I challenge you to do the same. God Bless!! 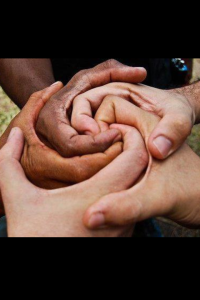